The A8 uses a total of 37 RGBW multi-chip LEDs as a light source. In combination with the highly efficient optical system they create both saturated and pastel colours as well as white with an impressive brightness. The A8 has hexagonally formed exit lenses which produce a wonderfully uniform luminous field.

The “inner values” of the A8 are hidden in a compact and elegant housing. These include for example threephase stepper motors, silent additional fans and a receiver module for JB-Lighting Wireless DMX. 3-pin and 5-pin DMX connectors and Powercon In/Out make for easy handling.As with previous LED washers by JBLighting, the A8 is characterised by sophisticated software. Special attention was e.g. paid to the dimming characteristics.

The A8 features a high resolution true-colour dimmer. For demanding work, various control curves for RGBW are available as well as different dimming curves and camera modes, which ensure flicker free performance in television studios. Additional functions such as the stand-alone mode or different fan control modes can be adjusted and activated.Due to its wide zoom range, the remarkable light yield and the built-in wireless DMX, the A8 is designed for use on medium-sized stages, in the field of architecture and at trade shows.

This product has not been reviewed yet.

Since 1990, JB-Lighting is developing, designing and producing intelligent light and lighting control consoles in the village of Blaustein located in the southern part of Germany.

Company history
The starting point was company founder Jürgen Braungardt’s fascination with mirror scanners. The at that time brand new technology, which combined complex mechanics and analogue (later digital) control, inspired Jürgen Braungardt to develop moving lights on his own. Whereas up to the year 1999 mainly scanners and colour changers were produced and sold under the brand names Varyscan and Varycolor, JB-lighting has also manufactured moving lights and has presented a new series of lighting control consoles under the name of Licon since the year 2000. Back then, like today, JB-lighting focussed on the development of reliable and user-friendly products. Hence, it is not surprising that many moving lights are still in use today, which left the factory in order to find their place in discotheques, clubs, bars and on live stages.

Pioneer work
In the year 2005, JB-lighting opened a new chapter in the lighting technology when the company presented the VaryLED 3*. This first LED-based washlight is suitable for the stage and combines all advantages of the LED technology such as flat design, low power consumption and a long lifetime. JB-lighting thus took on the role as a pioneer in a market segment which by now has become the centre of attention of almost all reputable manufacturers. In 2008, the JBLED A7 was presented as the first LED-based washlight with an optical zoom system. This product won the Plasa Award for Innovation and the jury deservedly appreciated the JBLED A7 as founder of a new era.

Made in Germany
By now, JB-lighting is the only manufacturer in Germany which develops and produces large series in the field of intelligent light. In the course of this, the production does not only comprise the final assembly of the individual components. With enormous success, Jürgen Braungardt follows a quite different philosophy. He integrates as much production steps as possible in his own plant in order to guarantee a smooth and fast production process.

Success
The continuously increased sales volume required an expansion of the production area. JB-lighting took account of this in 2010 and erected a new production facility thus tripling the production area.
This project was state-aided by the European Union and the province Baden-Württemberg (RWB-EFRE project).
Future
The LED technology is still an enormous challenge for manufacturers and the development department of JB-lighting is working on further exciting products. However, the point is not to use LEDs because they are trendy or promise high sales figures. On the contrary, the benefits of the LEDs shall become even more apparent. Jürgen Braungardt sees himself well prepared for the future. He and his team of highly motivated collaborators pursue the goal of further establishing JB-lighting as premium manufacturer, of developing innovative products and at the same time not allowing compromises as regards service and customer proximity. 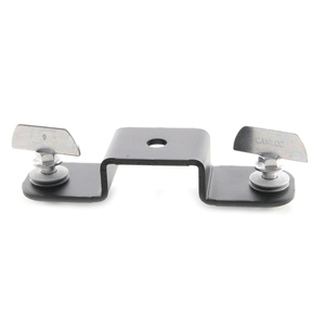 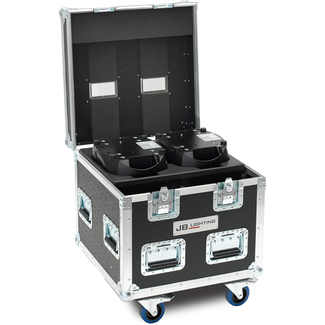 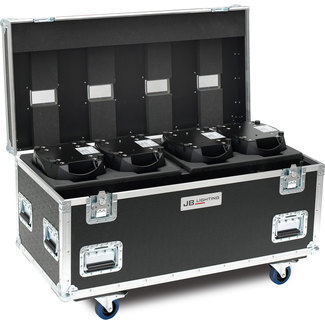